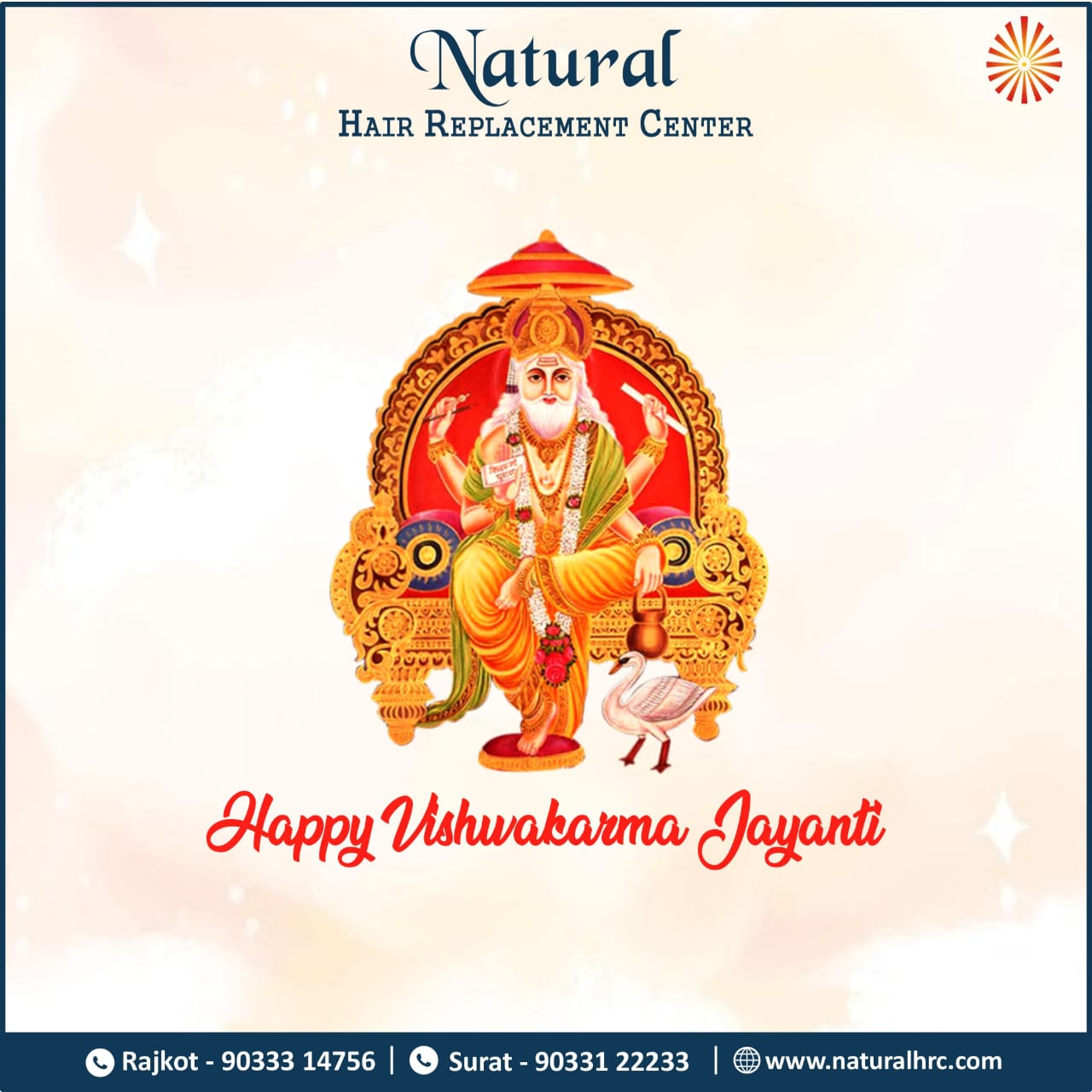 Vishwakarma Jayanti is a day of celebration for Vishwakarma, a Hindu god, the divine architect. He is considered as swayambhu and creator of the world. He constructed the holy city of Dwarka where Krishna ruled, the palace of Indraprastha for the Pandavas, and was the creator of many fabulous weapons for the gods. He is also called the divine carpenter, is mentioned in the Rig Veda, and is credited with Sthapatya Veda, the science of mechanics and architecture. It falls on 'Kanya Sankranti' of Hindu Calendar. It is generally celebrated every year on Gregorian calendar date between 16 to 18 September which is on the last day of the Indian Bhado month, in Solar calendar. Solar Calendar observed by states such as Assam, Uttar Pradesh, Karnataka, West Bengal, BIHAR, Jharkhand, Odisha, and Tripura. The festival is also celebrated in its neighbouring country .Nepal. Haldia industrial area is famous for Vishwakarma pujan According to sacred Hindu tradition, Vishwakarma is known as the Divine Engineer of the world. Like every other God, Vishwakarma is assigned a day that is his birthday or Jayanti that is Vishwakarma Jayanti. The problem with this is that since he is known as the original creator of the world, he existed a few days before he created the world. Vishwakarma Ji had five Sons and two Daughters. Name of Sons – Mannu, Maidev, Tavashta, Shilpi and Devagya. The divine craftsman Vishwakarma is the presiding deity of all craftsmen and architects. Son of Brahma, he is the divine craftsman of the whole universe, and the official builder of all the gods' palaces.